Hyperbole and the Language of War

Hyperbole and the Language of War 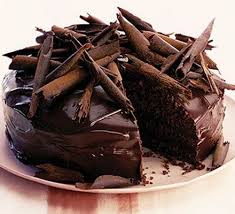 “My back is killing me!”

Why do we use the language of war to make a point? I have been studying this for years and I think I have discovered a (possibly Freudian) explanation.

There is a word for a statement like this. It is called hyperbole, which the dictionary defines as,
“exaggerated statements or claims not meant to be taken literally”.

For those of us who do not feel secure enough in our own skin, and fear that we will not be heard, we tend to use words that get attention. We do this in our emails and texts, too, when we use caps to make our point. A search on Google for “Chocolate cake to die for” generates nearly one-and-a-half-billion references! Would you really die for chocolate cake?

We turn to violent language because we feel it will get the attention we deserve. But in doing so, we create collateral damage, because when we use the language of war, we unintentionally interfere with the wellbeing of those we seek to inspire or impress.

In my latest book, The Bellwether Effect, I share new research that shows how using warrior-speak, which is the go-to language of business, and increasingly, of society in general, makes people sick. If I say to you, “You blow me away”, the pituitary gland sends a message that releases stress hormones into the bloodstream. These hormones arrive at the adrenal glands, which in fear or anger, produce the hormone epinephrine. This triggers a quick boost of energy through the release of glucose, stimulating the heart and increasing the blood circulation to the muscles and causing the adrenal glands to produce more than 30 different hormones. Medical researchers have noted that depressed patients are unable to maintain appropriate levels of T-cells (thymus-affected, helper and suppresser cells that fight viral, fungal, and bacterial infection), B-cells (helpers which are manufactured in the bone marrow) and NK-cells (natural-killer cells that spontaneously recognize and kill tumor- and virus-infected cells). This leaves the body more vulnerable to illness and therefore greater depression. This also suppresses your immune system and can lead to stress and, because you are unprotected, to sickness.

The opposite is also true. If I say, “I love your dress”, the word “love” will release a completely distinct set of biochemicals in your body, including oxytocin, known as the “love hormone”. Which biochemicals are released by the brain depends on whether a person is experiencing pain and fear, which releases stress hormones, activates the limbic system, and puts the body in “stress mode,” or love and pleasure, releasing “uppers” that lower blood pressure, heart rate and oxygen consumption. Since the soul and the body are one, our experiences of love or fear directly influence us to the core of our being.

Hardly anyone intentionally causes others to be sick, yet we subconsciously do it every day.

The language with which we choose to communicate creates wellbeing or sickness in others.

How would you say, “I’d kill for that”, or “Love you to death”, or “Chocolate cake to die for”, with different words, and in ways that would inspire the person to whom you are speaking?

Let’s be more aware and choose our words with care.