Forgiveness The Gift We Give Ourselves

Forgiveness The Gift We Give Ourselves 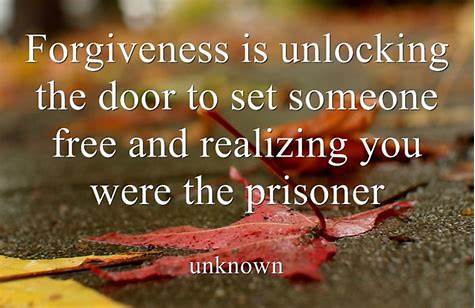 I’m going to go out on a limb in this blog… the Internet these days seems to be a place where if you share your authentic opinions you’re likely to attract vitriol. I hope this is not the case here, and I would love to know if you agree with these thoughts.

The world feels like a dark place right now, and we can all be forgiven for being in a funk. But in reality, there are more white hats than there are black hats, even though the black hats tend to dominate the noise around us.

Foncim, a French developer was planning to create a condominium complex at Courseulles-Sur-Mer, in France, known as Juno Beach, which is where, during the Second World War, thousands of allies, particularly the Canadians, landed on D-Day—a military success that helped turn around the outcome of the war. The proposed condominium would have been next to a museum which honors the 45,000 Canadians who died in WWII. The Canadian government has been involved in a three-year protest against this development and finally partnered with the town to purchase the land enabling it to continue to be honored as sacred ground for many years to come.

Another example: In October 2021, Alec Baldwin fatally shot cinematographer Halyna Hutchins on the film set of “Rust”. Her family sued the Hollywood actor and producers, claiming it wasn’t necessary to use a real gun while filming. This tragic event changed the lives of several families and many others. In the settlement, Matthew Hutchins, the widower of Halyna, said, “As part of that settlement, our case will be dismissed. The filming of Rust, which I will now executive produce, will resume with all the original principal players on board in January 2023. I have no interest in engaging in recriminations or attribution of blame (to the producers or Mr. Baldwin). All of us believe Halyna’s death was a terrible accident. I am grateful that the producers and the entertainment community have come together to pay tribute to Halyna’s final work.”

I only know what you know about this case, so I am commenting with limited understanding of all the details, but it seems to me that this is a beautiful example of moving on, even in the shadow of a terrible event, without revenge, but in the pursuit of healing, non-judgement and reconciliation. Don’t we wish that more tragedies were dealt with in this humane way, with maturity, compassion and a realization that vengeance simply deepens the wounds for everyone?

Yes, the world is difficult and challenging, but when we call in our higher angels, the sadness and bitterness fades.

Who will you forgive today?