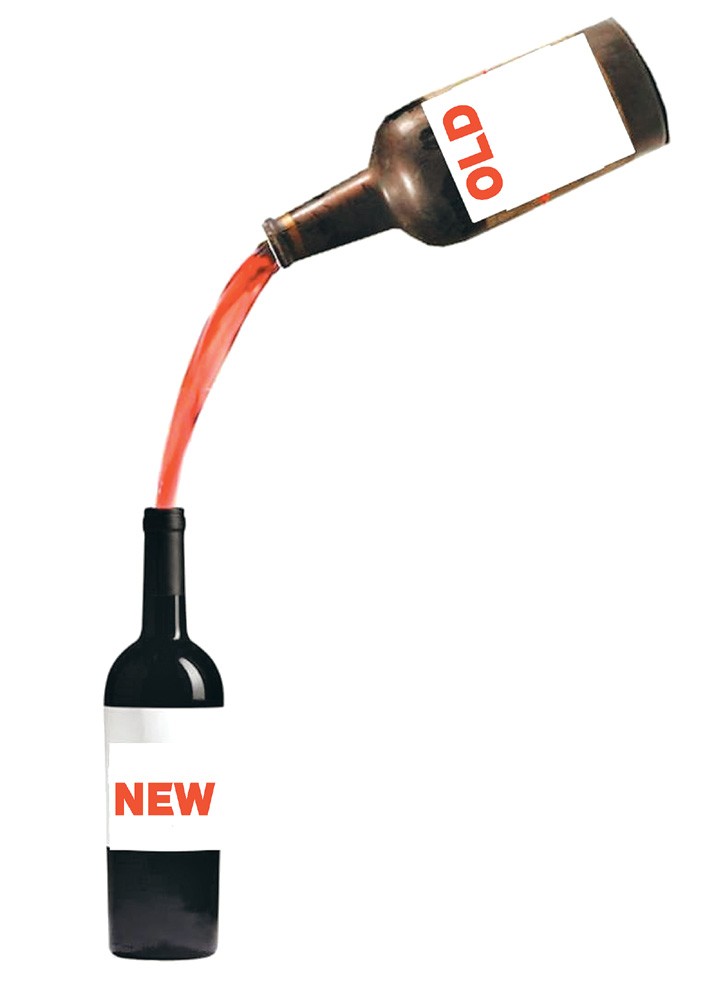 As I scan the New York Times list of non-fiction bestsellers, I lament that I cannot find anything new, nothing that has not already been written or said before, nothing that causes me to throw open the window and shout, “Aha!” to the world. There are some exceptions in the natural sciences and in the STEM fields, but in philosophy or the social sciences, we seem very stale and stuck. Where are the fresh ideas about the world, and how we could make it better for all?

It seems that new writers discover, for the first time, an idea that has been around for eons, and write about it as if it were an original idea that they are the first to discover—old wine in new bottles.

Even, I confess, in my own work, Courage, Authenticity, Service, Truthfulness, Love and Effectiveness, known by the acronymic rubric, “The CASTLE® Principles”, and practiced globally by millions, is not new. In fact, my friend Marianne Williamson once told me that the reason the CASTLE® philosophy is so widely loved is because there is nothing new to learn, only things to be recalled that we have forgotten.

Has nothing new been written, or new ideas been shared, that would avoid the lies and misinformation that caused the colossal and catastrophic disaster of the Covid-10 pandemic, or that could enable the peoples of Ukraine and Russia to seek a better world together?  Are we doomed to live in a world where politicians focus on mutual disparagement instead of building a better world together? Are we destined to fail to learn from our past, to relive the old saw that history repeats itself, and simply keep repeating old tropes, and peddling outdated ideas that no longer serve us?

Could one of the 2095 billionaires in the world, with their $8 trillion combined net worth, be inspired to create a new Nobel-like prize for the best idea that will bring peace and wellbeing to humanity? Or could the Nobel Peace Prize be expanded to include recognition of a practical idea, or work, that can be applied by humanity for the benefit of all?

Do you have a new idea that could be a winner? Or a book that has changed your life, could change mine, or perhaps, even change the world?