Can Love Ever be as Entertaining as Violence?

Can Love Ever be as Entertaining as Violence? 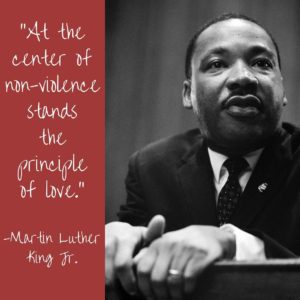 40 years ago, I made two decisions that have shaped my life:

I refused to go to any movies where gratuitous violence (or violence of any form) was part of the script, and,

I gave up my TV and have not owned one since. The second choice was made to support the first one. (This year I relented and bought a TV for the first time in four decades so that I can watch the Olympics, elections and other interesting and life-affirming options).

To be clear, I’m not naïve, and I don’t hide my head in the sand. I know violence is present in many geographies and aspects of our lives, but I don’t have to live in it. I understand the horrors of the world and I choose not to be part of them. When the terrorist attacks on the World Trade Center occurred, I was running a retreat in a state park in Ohio. We offered the 40 participants the opportunity to end the retreat and go home but they chose to stay because they said it was more inspiring than re-entering a world of violence. After the retreat was completed, I found myself marooned there for a week because there were no airplanes flying. I think I saw the image of planes flying into the twin towers 50 times before I realized that I was damaging myself with the repetitive toxic experience. I understood the horrendous nature of the catastrophe but I didn’t feel any need to keep seeing it repeated every 30 minutes.

According to Comscore, over the last decade, PG-13 movies have grossed $54.6 billion, PG movies earned $24.3 billion, R movies, $26.5 billion, and G movies, $2.7 billion. So, the question is, “Are we addicted to violence?”.  Or does our media manipulate us and cause the addiction? Can we make alternative choices, and if we did, would we change the world? Would humanity evolve if we chose love over fear and violence?

What do you think?  Please post your thoughts in our comments section.