What a New American President Can Teach Us

What a New American President Can Teach Us

Thirteen years ago, the day after President Barack Obama was elected to his first term in office (November 5, 2008), I wrote the following blog. Then I posted it again prior to his second term, and again following the Innauguration of President Trump. Here, I offer it once again, one day after the Inauguration of President Biden, for your consideration. I would love to hear your comments. 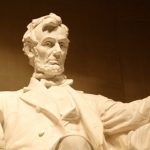 I have a theory about leadership (many, actually, but just one to share now!). I think CEOs and other leaders take their cue for their own leadership style from the current CEO of America—its President. If the prevailing mood is one of fear, power, partisanship, intimidation, insults, separateness, competition, Darwinism, greed, secrecy, autocracy, bias and manipulation, and this is acted out through the Executive Branch of the US Administration, then other leaders will see this as the “approved model” for their own behavior, and behave accordingly. It seems to me, that each four year cycle brings it’s own “presidential style of leadership” which creates a leadership paradigm for others. At it’s worst, it is the opposite model of leadership we deserve and want to see (which, in itself, is useful because it can also teach us what NOT to do—the Buddah reminded us that our enemies are our greatest teachers).

Of course, this “old story of leadership” style leads to separateness—blacks and whites, rich and poor, employed and unemployed, Christian and Muslim, health-insured and not, for us and against us, red states and blue ones, and so on. America has voted in what may have been the most emotional and partisan (separateness thinking) election in recent memory. But, America voted with hope and optimism for a return to greater unity (oneness thinking), a sense of possibilities and our own potential to serve the world, that has rarely been fulfilled in recent memory.

As a result, I believe we are entering an unprecedented era of compassionate leadership. I am seeing it already in my work. I have heard a growing cry for a different leadership style, which I call “The New Story of Leadership”—one that we have been teaching for decades, and which, I have been told, may resonate more powerfully now than at any time since we founded The Secretan Center. Followers have a greater yearning than ever to feel inspired and hopeful, and feeling this way leads to high performance—for corporations and for nations.

Some, who cling to the “old story of leadership”, think that it is weak to lead with compassion and love, but Michael Bischoff reminded me recently, in a comment he posted on this blog, of Martin Luther King’s words, “What is needed is a realization that power without love is reckless and abusive, and that love without power is sentimental and anemic. Power at its best is love implementing the demands of justice, and justice at its best is love correcting everything that stands against love.” And Doris Kearns, in her brilliant biography of Abraham Lincoln, “Team of Rivals”, describes the power and possibility of inclusive leadership so eloquently.

So, let us commit to being leaders who inspire others to greatness through love AND power, compassion AND truth, courage AND integrity, inclusion AND collaboration, hope AND posibilities and a vision of outcomes that will benefit us all. Regardless of who or what we lead—we can change the world. We’re done with the experiemnt in “separateness”.  Now let’s try “oneness”.